Neither of us found San Salvador too impressive.  Sprawl, safety issues and traffic dominate: having heard about bus robberies, and having been too lazy to figure out the bus schedule/map, we drove almost everywhere (and so do all the Salvadorans who can afford it).

Besides the traffic, we were not tempted more than once into the “centro historico” because SS has few architecturally notable structures, and certainly no grand colonial neighborhood to tour.  The city has been destroyed or heavily damaged by earthquakes a few too many times, and the methods of and budgets for rebuilding have not always been kind (apart from the glistening state theater and the relatively new cathedral).  Even the possibility of charm stemming from a blend of styles is mostly ruined by the noise, traffic, and poor condition of many of the buildings.  In short, it’s a shambles, and other than buying a delicious fresh pineapple-orange juice and two officially licensed but reality-defying US sports league T-shirts (OKC 2014 Western Conference Champs – come back in two years for the 2016 ones!), we pretty much snapped a few photos and hightailed it. 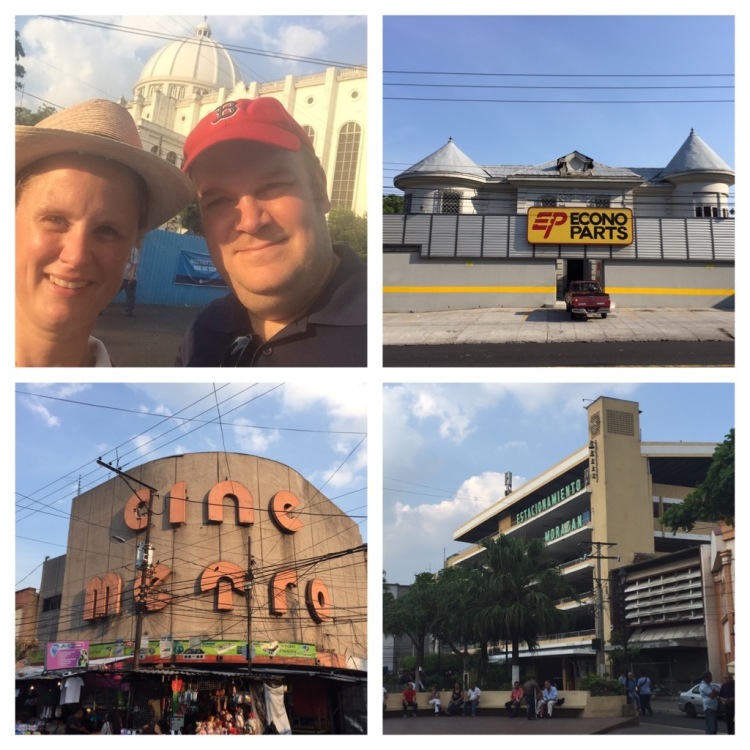 The place we were staying to some extent made up for the city, and made San Salvador a good base for a few days.  Thanks to a tip from Darren of Casa Mazeta, we were able to stay in an 1850s coffee boom mansion in the Flor Blanca section of SS.  His friend Malcolm, owner of the Cumbre del Volcan hostel elsewhere in SS, was opening a new hostel – and though it wasn’t quite done yet, he was happy for a few prelaunch customers for a lowered price.  The mansion’s bones were beautiful, including original tile flooring and hardwood doors, and the renovation was seemingly proceeding well – and had been quite extensive, including a complete re-plumb of our bathroom, a giant American hot water heater, and several nice coats of paint. 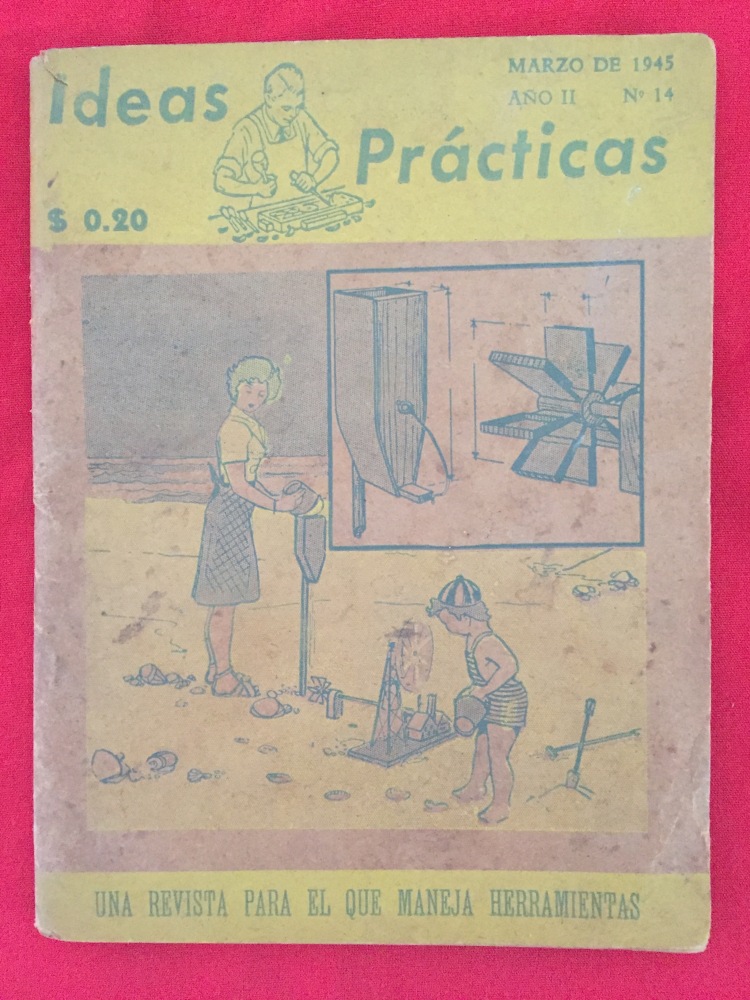 To me, the nicest part of staying there was discovering some of the previous owner’s memorabilia hiding in a closet, giving us a picture of what life had been like for the privileged class in SS during the 20th century.  The house had been owned by a doctor who died sometime around the 1960s, and then by his daughters until they passed more recently.  Evidently the kids were quite into music, as they had an extensive collection of US pop 7″ records – and a few classical LPs which I assume belonged to the good doctor. 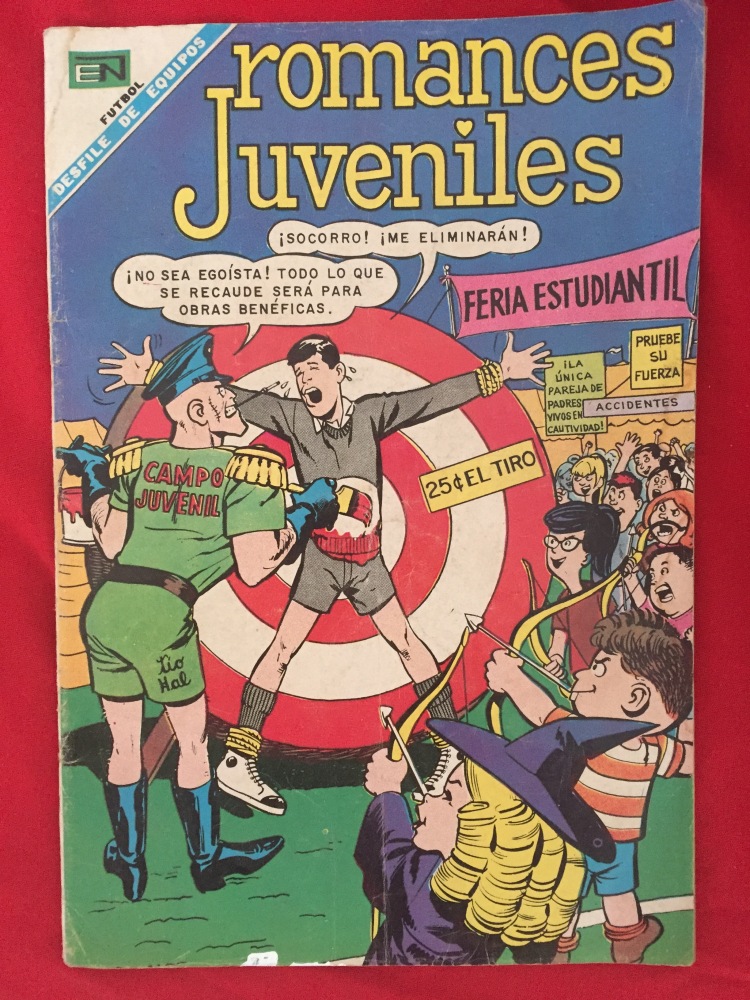 Best of all I saw these wonderful comic books and magazine which I couldn’t resist photographing.  I wish I’d had more time to go through and photograph thoroughly, but in my brief perusal I did notice a 1975 receipt for “vigilante” services (meaning that private security around the posher neighborhoods is not a new thing), as well as a letter from someone working with the government of Saudi Arabia(!). 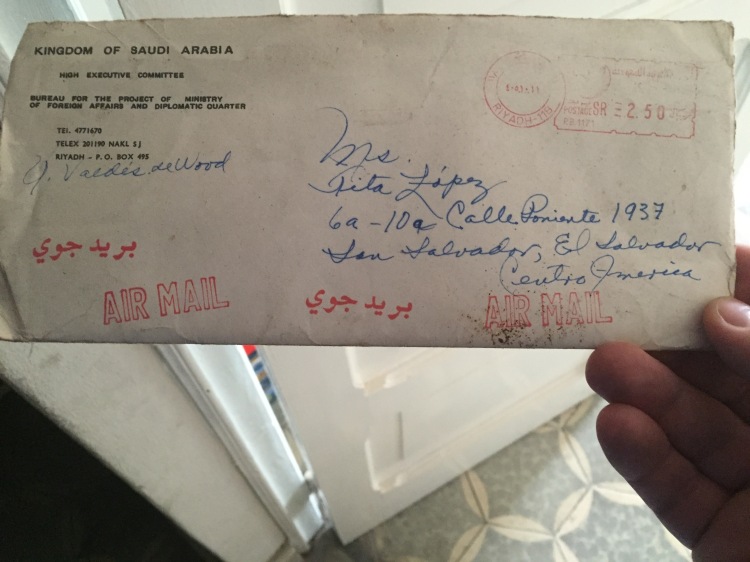 Darren (who was also taking advantage of the prelaunch discount that weekend) mentioned that Malcolm had plans to use some of the photos, letters and other personal items as decoration – we’ll surely come check that out if we ever get back to SS (after, of course, another delicious $3.55 lunch special at the nearby Restaurant La Casona).  Although we never met Malcolm, we admire his taste in houses – thanks again for a good stay! 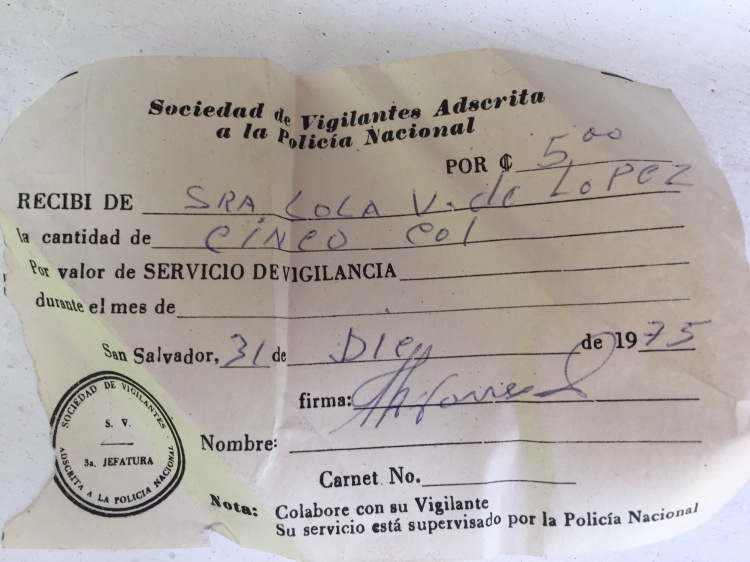 Our day trips from San Salvador included a trip to the top of the local volcano – driving this time.  Unlike the last fully verdant volcano we visited, in Guatemala, we did not hike down inside the crater.  Not sure if you are actually allowed, but in any case someone had got down there and inscribed a woman’s name in stones, visible from the top.  (An impressive feat of peacock feathering.)

Later, we had a look at the Joya de Ceren ruins, which consist of parts of a Mayan settlement preserved by volcanic ash.  The building lit in the background of the photo is a temazcal, or Mayan steam bath.  Secret Finns, these Mayans! 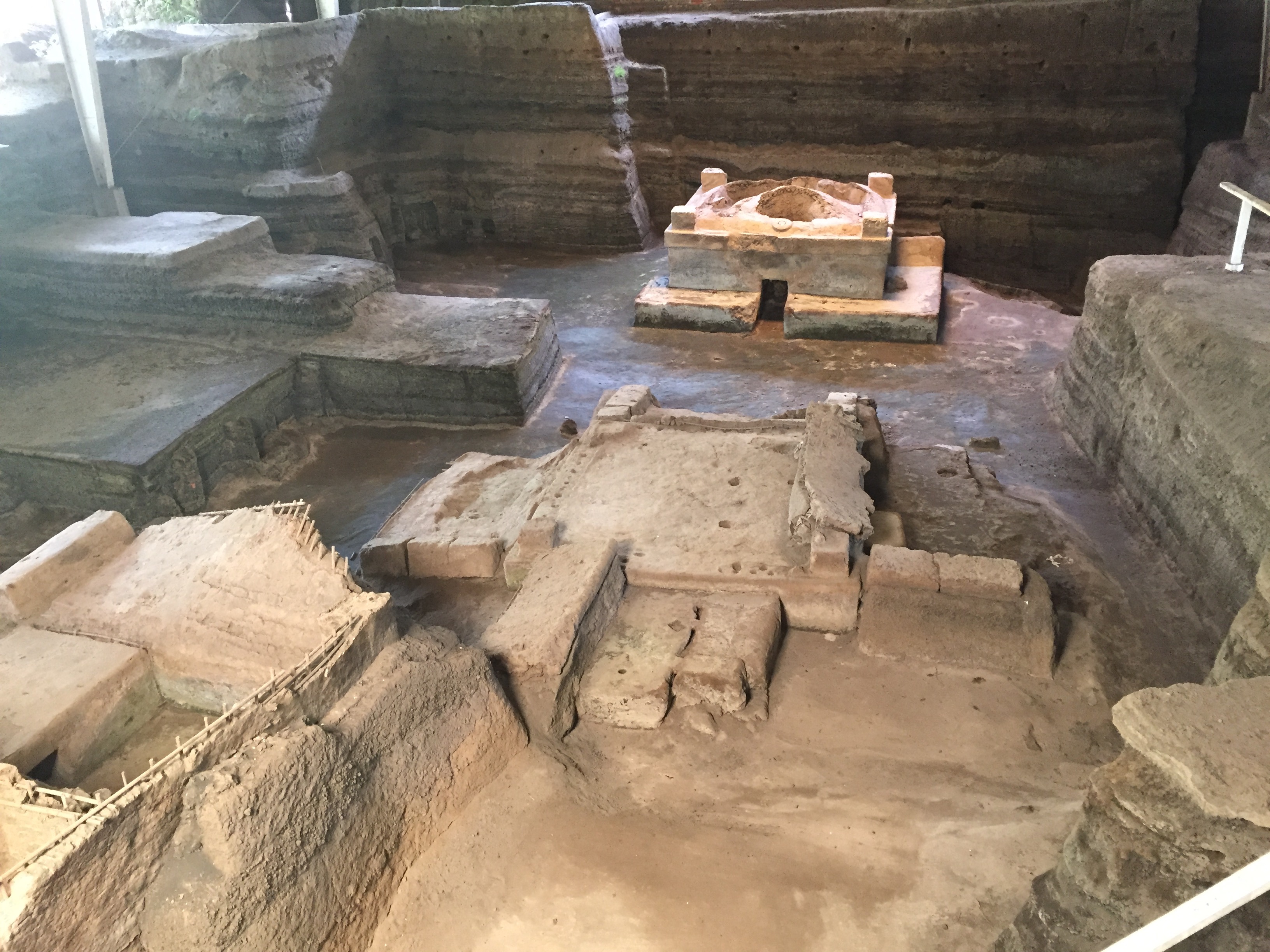 We also drove up to “The Devil’s Gate,” which offered an impressive view, despite the weather that day being quite hazy.  On the way down from the view, we made another of our “there’s a road on the map” detours through the forest.  The road, as seems to be our normal luck, started paved and wide, then paved and narrow, then dirt and graded, then a track, then a partially washed out track.  Basically, thanks to our trusty Land Cruiser and low range, we made it just fine, but unless you relish car trouble, it’s not something you want to risk every day.

Finally, we visited the Cadejo brewery, whose beers we had been drinking since we were in Xela.  Though the tour was bizarrely expensive, we enjoyed meeting with one of the brewers and learning how they came to make such good beer (some of the brewers are returned-from-the-US Salvadoran expats, to cite one reason).  Their most popular styles are the culantro-flavored Belgian-style white ale, and the honey wheat called “Pooh’s Daughter” – apparently because the locals have been drinking light lager for so long, they haven’t developed a taste for more powerful beers (they do a credible Pale Ale and a very decent Stout) yet.  That’s okay, I thought, I’ll help! 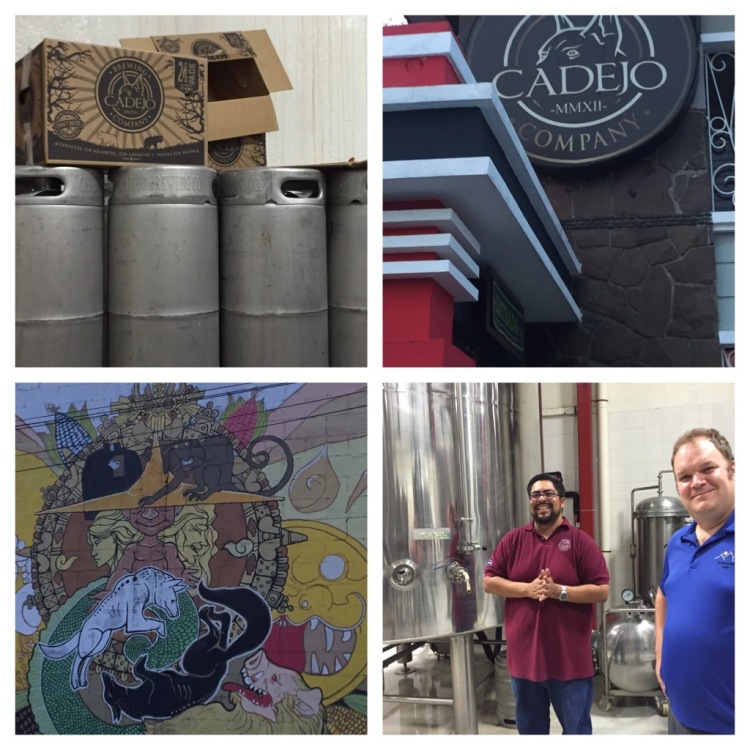 More to come soon, including one last San Salvador activity as well as our three nights in eastern El Salvador (Alegría and Perquin).